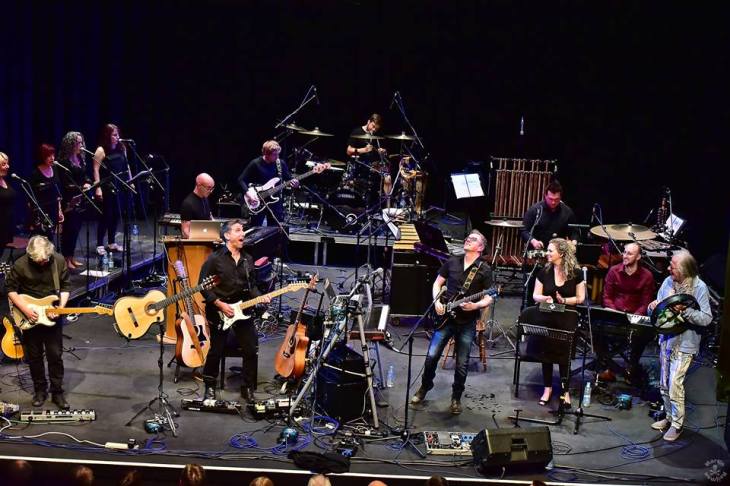 2017 – what a year it has been for prog. Against the backdrop of some highly perplexing and disturbing events across the world’s stage, but, to quote the title of Paul Stump’s excellent assessment of prog, The Music’s All That Matters.

On a personal note, it has been a particularly challenging year, having early on developed a stress-related condition due to pressures presented by a previous employer, which led to an emergency operation and a month’s recuperation.  This was coupled with seeing a parent being subsumed in the clutches of dementia. However, equilibrium was restored in the latter part, thanks to the kindness, belief and support of many people both inside and outside the prog bubble.

Though prevailing conditions resulted in me missing several high profile happenings, including HRH Prog in March, 2017 has continued to astound and astonish with the quality of the music being produced, and also the wonderful community of people. This is the tribe that cherishes and follows prog in individual capacities from the fans and supporters, to the writers, the promoters, the merchandise sellers, the record label owners and of course, the artistes themselves, most of whom make scant financial returns on their considerable investments of time and energy. As was originally stated, the music is all that matters.

Without further ado, here are the highlights, and some of the lowlights, which made 2017 another great year for us prog passionistas.

1) The Slow Rust of Forgotten Machinery – The Tangent. As one of prog’s most outspoken savants, Andy Tillison brings profound political and social commentary into the narrative of this musically outstanding album. This is a clarion call to wake up and see how our perceptions of the world are being manipulated. Some stellar musicianship peaks on Dr Livingstone (I Presume), co-written by his brilliant fellow Tangential collaborator Luke Machin. Thoughtful, profound with hints of jazz and dance-trance, it also features some extraordinary hard hitting artwork by DC Comics cartoonist, Mark Buckingham.

2) In The Passing Light of Day – Pain of Salvation. This is a band whose music I usually equate to being mentally mugged. However,  it is full of emotion and anguish expressed through the travails of charismatic frontman Daniel Gildenlöw. This is all about  the unimaginable journey he experienced during his close brush with death when he contracted  a flesh-eating bug; this created an intensity and intimacy within this album  which is hard to resist.

3) Grimspound – Big Big Train. Going off on a slightly different track, Big Big Train mined a new seam of beautiful story-led songs, introducing us to new personae dramatis, including Captain Cook, the Brave Captain, Experimental Gentlemen and the inhabitants of the Mead Hall. However, it is the folkie beauty and simplicity of The Ivy Gate featuring Judy Dyble which really clinches it here.

4) On Track – Damanek. One of the surprise packages of the year came from this richly talented musical ensemble led by Guy Manning. The understated, perceptive way it goes about its business, offering some coruscating commentary about the state of the world and the wonders of the night sky is compelling and joyous.

5) = Cardington – Lifesigns. Having released one of prog’s greatest debuts in 2013, John Young took his time to deliver that tricky second album. And deliver it does, but in a very clever, subtle way. Full of passion, melody and some killer hooklines, it reels you in and delights you with every play.

5) =  The Bride Said No – Nad Sylvan.  Prog’s Beau Brummel enhanced his reputation as a distinctive singer, composer and solo artist with a gorgeous collection of songs. These include two of this year’s most memorable, The Quartermaster and When The Music Dies, in which his theatrical sensibilities really come to the fore. 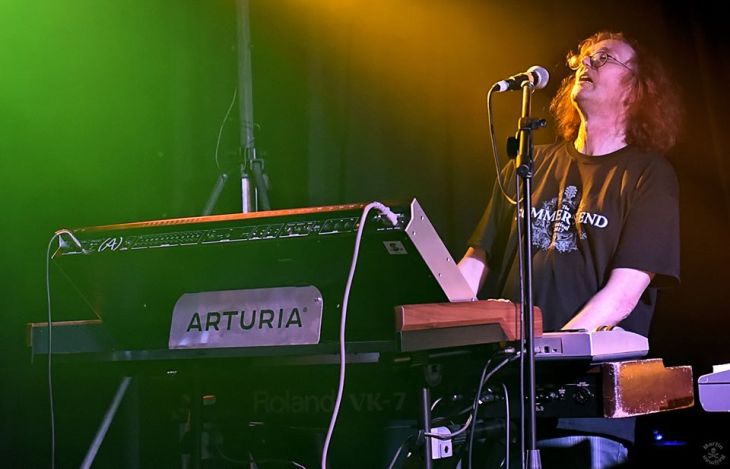 Highlights of the Year: